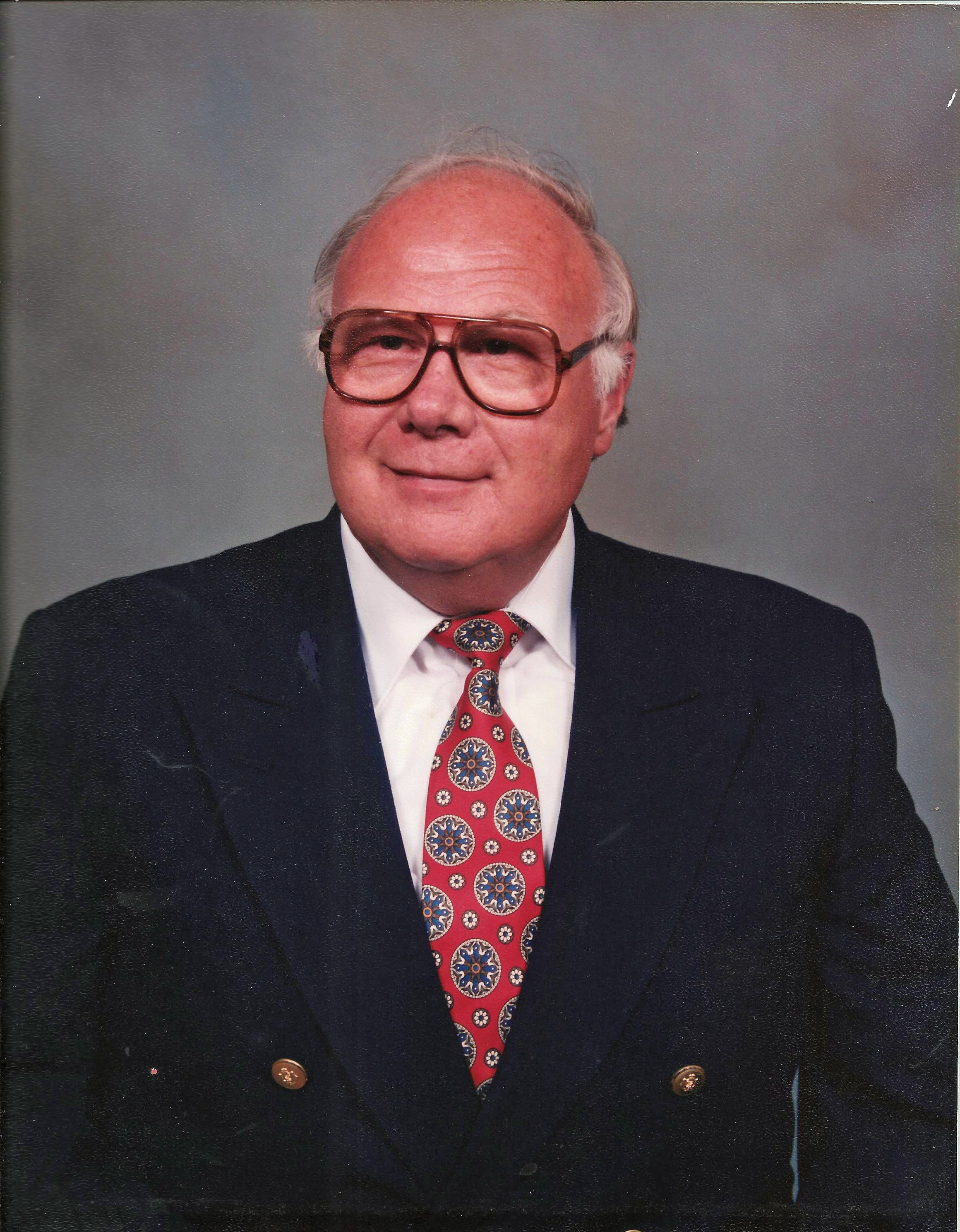 Garth Foster was born in Rock Springs, WY but spent most of his youth growing up in Green River.  He graduated from Green River High School with the class of 1956 and was salutatorian. Garth was on the speech and debate team during high school and continued with this activity at the University of Wyoming where he earned his bachelor’s degree in electrical engineering in May 1960. Following his graduation, Garth began his master’s while working as a teaching assistant.  In 1961, he earned his master’s in electrical engineering but decided that he should continue his education once again.  After being accepted at all five universities that he applied to Garth decided on Syracuse University for his doctorate program.  He graduated in 1964 with his Ph.D. in electrical engineering and was offered a position as a research engineer that fall and then later appointed assistant professor of electoral engineering.

During Garth’s education, a Canadian named Kenneth E. Iverson began developing a notation for a programming language called APL.  An implementation for APL was done on the IBM 360, and it was named APL/360.   The work was done by a group of young programmers who worked in Iverson’s group at IBM’s TJ Watson Research Center at Yorktown Heights, NY.  It was not a program product, but the APL group was trying to get IBM to release it as a program product by getting universities to use it.  Garth was instrumental in the formation of the APL community and received the second APL Outstanding Contribution Award in 1984 In Helsinki, Finland.  Garth also founded the APL Quote Quad, an informal quarterly publication for those involved in the study, implementation, and  use of the APL programming language where he was its original editor and publisher

Garth continued his career as a professor at Syracuse University and eventually became a full professor.  During this time, he served as advisor to student James Arthur Brown, who attended Syracuse University to earn his Ph. D. in computer science.  Brown used Garth’s APL research and wrote his dissertation, A Generalization of APL, which became the basis for IBM’s new APL product, APL2.  Garth earned the title of co-inventor of this program.

In 1999, after teaching for 32 years at Syracuse, Garth underwent quadruple bypass surgery and then decided to retire and spend more time with his wife, Mary Helen, whom he married in 1964.  In addition to spending time with his wife, Garth enjoys working with a local theatre group as stage manager, serving in his church through various leadership positions, and enjoying his two children and four grandchildren.﻿ 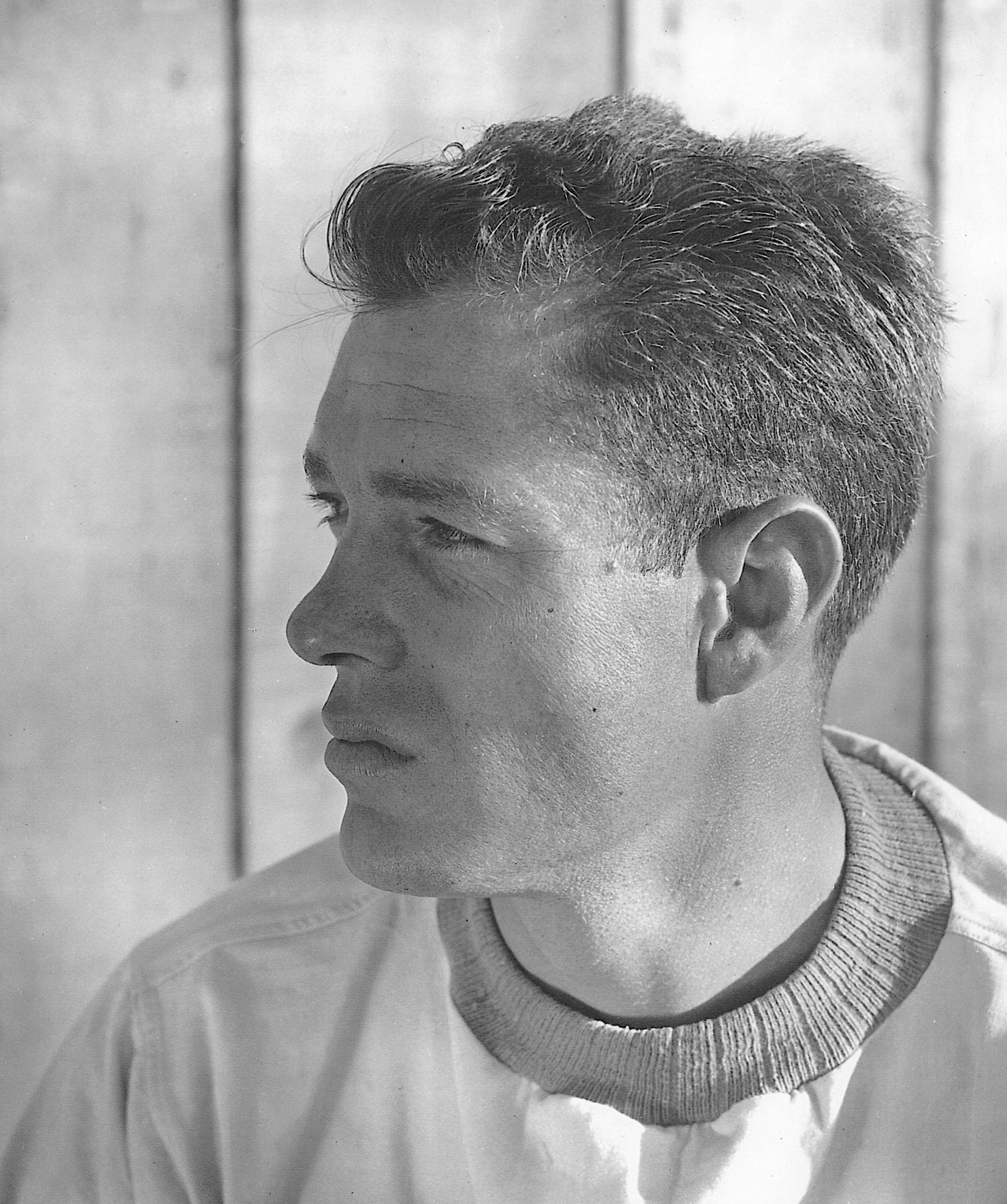 Vern L. Newman was born on November 7, 1920 in Edinburg, Missouri.  He grew up in northwest Missouri during the Great Depression and graduated from high school in Trenton, Missouri, the only one of four children to do so.  He always credited his having finished high school to his high school football coach, who put some stock in a skinny, tough kid from the wrong side of the tracks.

He went to junior college on a track scholarship, often running the mile and the two-mile in the same afternoon.  He enlisted in the Marine Corps during World War II, and was a so-called “Mustang Officer,” attending Officer Candidate School at Quantico, Virginia and becoming a Second Lieutenant.  He had what he termed “an easy war,” having spent most of his time after OCS on a remote island in the South Pacific running a rocket range.

After the Marine Corps, Vern worked for Western Electric in Denver, Colorado, where his parents and siblings had moved.  Given a choice of transfer to Phoenix or Laramie, Wyoming, he chose Laramie.  There he met Laramie native, and student at the University of Wyoming, Barbara Jean Ingham, whom he married in 1947.  Though she was in college when they met, she delayed her own education to help Vern further his.  With her income and the GI bill, Vern graduated from the University of Wyoming in 1948 along with many WWII vets.  He took his first teaching job in Saratoga, Wyoming, and before he was 30, became the Superintendent of Schools in Saratoga.

He left Saratoga in 1954 to secure his Master’s Degree in Education in Laramie, then taking a job teaching in Arvada, Colorado.  In 1958. Je was selected to be the principal of the old Lincoln High School in Green River.  To give his children the opportunity to attend college, Vern moved his family to Laramie in 1962 where he held a position as high school principal until 1970 when he moved back to Green River to become the assistant superintendent of schools, serving in that capacity under his old boss, Superintendent John V Bernard, who was soon to retire.  Vern then became superintendent of Green River schools until he retired in 1982.

Most of Vern’s good friends were coaches, Jerry MacMillan and Jack Star in Green River, and John Deti Sr. and Bob Cook in Laramie. Though he also relished hard-nosed English teachers, like Helen Hayes in Green River and Hortense Nelson, who was among his friends in Laramie.  He also had a special place in his heart for high school band directors of his own choosing, Larry Miller in Green River and Jay Schaefer in Laramie.

He was physically active, fit, and a good athlete almost all his life.  He played tennis into his 70”s, mostly with people half his age.  He had been a gifted fast-pitch softball pitcher and hitter in Laramie and in Green River.  After his retirement in Green River, at 62, he ran over 8 miles three or four times a week until a hip replacement surgery in his 70’s ended his running.  He was a regular participant in Wy0oming’s Senior Olympics until his late 70’s, often the only one his age in some running and jumping events.  After his retirement, he played a fair amount of golf, though his children are not sure he ever considered golf to be a “real sport.”

Vern rooted for the under-dog and the little guy his whole life.  He was fiercely loyal to his family, his friends, his teachers and staff.  In Green River, he became especially fond of and revered Barbara Arnold, Bill Duncan, and Burl Hoopes.  He never forgot a kindness or a slight, and was always terribly pleased when a student who had been one of his discipline problems, the “knotheads” he called them, straightened out and turned their lives around.  Some of these later told him that he had in some significant way contributed to those turn-arounds.

Vern and Barbara lived in Green River for nearly 40 years, the longest either of them lived anywhere.  They were married just under 54 years when Barbara died.  They had two children, Craig Newman and Lynne Newman DeBernardi and four grandchildren.  Vern passed away in November 2003. 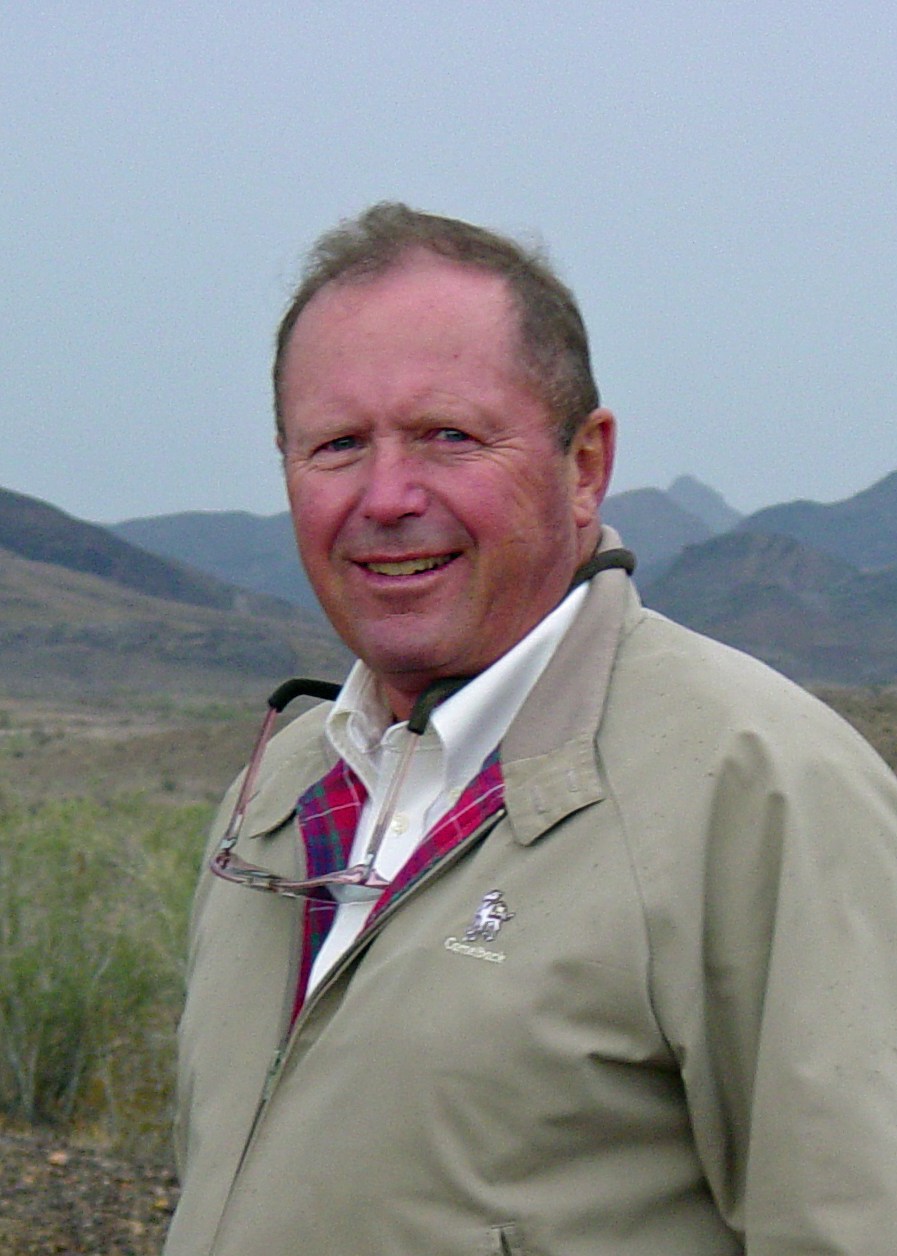 Bill Taliaferro was born in Rock Springs, Wyoming.  He was raised in Green River and graduated from Lincoln High School in Green River in 1957.While in high school Bill participated in band and glee club and was selected to All State choir and lettered in track.  In 1961 he earned a bachelor’s degree from the University of Wyoming in Range Management.

Bill is currently the co-owner and manager along with his children of Green River Livestock Company and Big Sandy Livestock Company.  The Taliaferro family has been in the livestock and farming operations since 1909.  From 1975 through the mid 1980’s Bill was co-owner and manager of 32 rental homes in Green River.  He is a board member of the Rock Springs Grazing Association and a director of the State Bank in Green River and Rock Springs. In 2009 the Taliaferro Ranch celebrated its centennial and just recently the family helped celebrate Bill’s 75th birthday.  The Taliaferro Ranch was featured on the Discovery Channel.

He is also a member of the federal government Board of the old Taylor Grazing Advisory Board for the Rock Springs BLM District and Chairman of the BLM’s first Multiple Use Advisory Board for the Rock Springs District.  He has chaired and served on the Bureau of Reclamation’s citizen Advisory Committee of Green River Basin during their preparation of the “Sublette Project Investigations” and served on the Wyoming BLM’s Cultural Resource Task Force.

Bill is a past director of the Wyoming Riparian Association, and Wind River Multiple Use Coalition, People for the USA, and the Southwestern Wyoming Mineral Association. He served as a Wyoming delegate to the American Sheep Producers Council, chaired its wool committee, and was a member of its executive committee.  He chaired the wool committee of the old National Woolgrowers Association. He is a past president of the Wyoming Woolgrowers Association and served as a director on the Wyoming Public Lands Council, and was a Wyoming director to the National Public Lands Council. Bill recently was a director of the American Sheep Industry Association representing the states of Wyoming, Montana, and Idaho.  He is a lifetime member of the Lee Society of Virginia and the University of Wyoming Alumni Association.

He is past member of the Green River Jaycees, Rock Springs Rotary club, the Elks Club and a current member of the Green River Masonic Lodge. Bill was a candidate twice for the State House of Representatives and twice for the State Senate in Sweetwater County.  He has served as Republican County Chairman of Sweetwater County and in 1998 was a Republican Primary candidate for the Governor of Wyoming.

Bill and his wife Jan have six children and fifteen grandchildren. 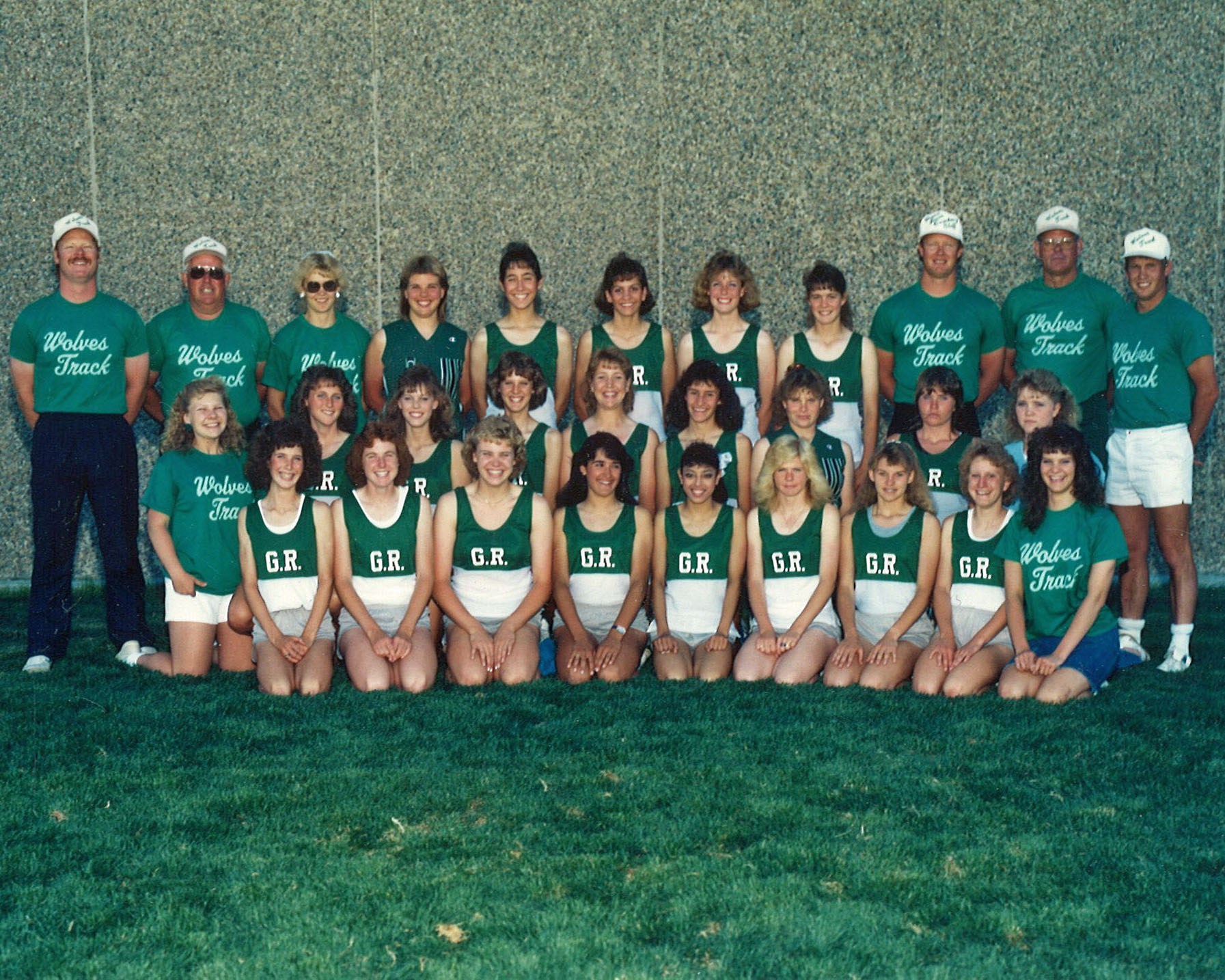 The 1987 girls track team claimed its first ever state title by defeating their conference rival, Riverton by 15 points.  Green River had defeated Riverton in all but one head to head track meet during the 1987 season and also held the 4A Western Conference Championship title.

Many personal, school, conference and state records were broke during the season.  Angie Sundquist broke the state all class record in discus of 152’10” beating the old record by 13 feet.  Kathy Wilson beat the conference meet record in the long jump with a distance of 17’11”.  The 400 meter relay team consisting of Sundquist, Wilson, Dina fletcher and DeeAnn Edwards broke a school record with a time of 51.00.  They were not the only relay team with a record; Mary Valerio, Ana Quiros, Fletcher, and Roxanne Rudy set a record in the 1600 relay with a time of 4:07.27.