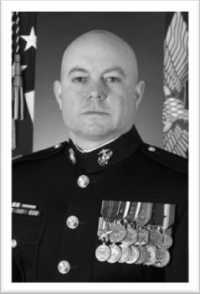 Pete Bailiff, a 1985 graduate of Green River High School, was born in Casper, Wyoming, and he has proudly maintained Green River as his home of record since 1974. Pete lettered in cross country, band, and set school records while being part of the power-lifting team. Three weeks after graduation, he attended recruit training, which was the beginning of a noteworthy career that would take him through enlisted and officer ranks as an Aviation Ordnance Technician and Ordnance Officer for the United States Marine Corps.

In 1986, Pete completed all required training and was meritoriously promoted to Lance Corporal. He reported to El Toro, California, where he quickly mastered F-4 Phantom and F/A-18 Hornet armament systems. In 1990, he requested reassignment to Camp Pendleton, California, and deployed to the Persian Gulf in support of Operations Desert Shield and Desert Storm. Following Desert Storm, he voluntarily extended in the Persian Gulf with the 11th Marine Expeditionary Unit. A resourceful innovator and leader, he quickly rose through the Enlisted and Warrant Officer ranks. In 2002, Pete was assigned to the prestigious Marine Aviation Weapons and Tactics Squadron 1, Yuma, Arizona, where he was selected to Captain. He was tasked with developing techniques to rapidly re-arm aircraft and improve logistical support for austere bases, and later successfully implemented these same techniques he developed during Operation Iraqi Freedom in 2003. He was instrumental in the aviation planning effort which resulted in continuous Rotary Wing Close Air Support, MedEvac, and Assault Support Resupply. Further, he personally led ordnance teams as they leap-frogged by air and convoy from Ali Al Salem, Kuwait, to Tikrit, Iraq. Pete was awarded the Bronze Star for his actions during Operation Iraqi Freedom.

Pete became the Ordnance Officer for 3rd Marine Aircraft Wing in 2008 and deployed to Helmand Province, Afghanistan, for Operation Enduring Freedom during 2010. While deployed, he was assigned two key billets, Deputy Chief of Staff for Aviation Logistics Department, where he managed aircraft readiness for seven types of Marine aircraft located at three separate forward operating bases. As the Wing Forward Aviation Ordnance Officer, he managed in-theater inventory and positioning of precision guided munitions, rockets and small arms ammunition. He oversaw aviation explosive safety and led a team that established an aviation driven forward operating base that provided efficient Close Air and MedEvac Support for Marines engaged along the Sangin River Valley. Pete was selected to Lieutenant Colonel and for duty at Headquarters Marine Corps while deployed to Operation Enduring Freedom.

In April 2011, Pete assumed his current duties at the Pentagon as the Aviation Ordnance Officer, Aviation Logistics Support Branch, Headquarters Marine Corps. He is responsible for manning, training, and the equipping of 93 officers and 2,327 enlisted personnel. Pete is also responsible for weapons assessment, procurement, and weapons integration for F-35B/C Joint Strike Fighter and AH-1Z Viper. 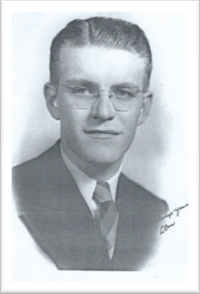 Alton L. Hermansen was born on November 22, 1915 in his home town of Green River, Wyoming.  He worked his way through the school system to finally graduate from the Green River High School in 1934. During his time in school from the tender age of 12, Alton worked at the local Piggly Wiggly for six years.

Shortly after graduating from high school, Alton went on to work for the Green River Mercantile for 25 years. Soon enough, he would become the Superintendant of buildings, grounds and transportation for Sweetwater School District #2 which he held for 22 years. According to his daughter Janet, “During this time, the school district was growing rapidly and things were both exciting and chaotic.  Monroe Middle School, Wilson Elementary, Harrison Elementary, and other school were built and staffed during Alton’s tenure.” It is only too obvious that Mr. Hermansen meant a great deal to our town during this great time of growth.

After his retirement, Alton planned tours for member of the community. These tours included trips to Europe, Hawaii (3 times), Canada, and many other stateside visits.

Unfortunately, Alton cannot grace us with his presence as he passed away in 2004 in his loved hometown of Green River, Wyoming. We still remember him today as one of our own and a most cherished citizen. 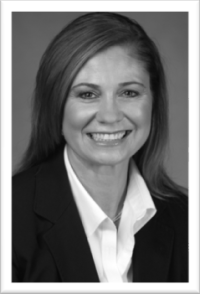 Monica Lounsbery graduated from Green River High School in 1987. While attending, she played on the volleyball team as well as ran track. Monica also participated in art and power lifting. “I was fortunate to have a very good athletic career, and it most certainly led to what I do for a living now,” Lounsbery stated.

After leaving high school, Monica took her life’s journey to Dakota Wesleyan University in Mitchell, South Dakota. She graduated with a Bachelor of Science Degree in Biology and Chemistry in 1991. She then moved to Lincoln, Nebraska where she attended the University of Nebraska to work towards a Master’s Degree in Physical Education Pedagogy. Monica graduated in 1993 only to return to the university to acquire her Doctorate in the same field in which she received in 1997.

Upon finishing her schooling, Monica was hired in 1997 at Purdue University in West Lafayette, Indiana as the NIKE Activity Break Project Director and Coordinator. Soon following, she was onto her next adventure. Later that same year, Monica was hired as an Assistant Professor in the Department of Health, Physical Education, and Recreation at Utah State University in Logan, Utah.

Four short years later, Monica once again, moved to pursue another career. She was hired at the University of Nevada, Las Vegas where she still lives today. During her time there, Monica has held numerous positions including Assistant Professor and Associate Professor in the Department of Educational Leadership, Director of the Physical Activity Policy Research Program, Professor in the Department of Kinesiology and Nutrition Sciences, and finally an Associate Vice Provost-Faculty for Policy and Research, the last three of which she still does today. Also during her time at the University of Nevada, Las Vegas, Monica did a stint as the Chair of the Department of Sports Education Leadership.

While at the University of Nevada, Las Vegas, Monica has won many awards and honors. Among these are the Mabel Lee Award, the Healthy School Hero, the Healthy Hero, two Presidential Citations, and Southwest District American Alliance for Health, Physical Education, Recreation and Dance Scholar of the Year.

This past year, Monica coordinated a conference to bring new partners to physical educators’ efforts to help children become more active now and prepared for a lifetime of activity and health. She did this through a theme of “It takes a village to move a child in school.” Upon completion of this conference, a colleague of Monica’s congratulated her through a blog. “Congratulations to Monica Lounsbery for putting on an outstanding Southwest District AAHPERD (American Alliance for Health, Physical Education, Recreation and Dance) conference in Las Vegas, June 26-29.” He later went on to say that “Monica was inspired by ALR and the power of bringing together the different ideas and skills of many disciplines. Her key innovation was to invite people to attend as a ‘village’ of teachers, school administrators, and legislators so they could jointly plan improvements in school physical activity strategy.”

We have heard nothing but constant praise and appreciation for what Monica has done and continues to do for the athletics and children’s healthy well-being in our schools. We are proud to induct her into the Green River Hall of Fame this year and cannot wait to see where else her life’s journey will take her.

The 1949 Football team was Green River’s first state football championship in school history.  This title was won after it had been two years since leather helmets were abolished.  They had to win two conference games which were the Southwest Conference and Southern Conference.  Then they needed to move on to playing the Class A Wyoming State Championship game.

Dick Hodges remembers the strict rules that they had during the season including a 10 o’clock curfew each night.  They also had a strict dress code for each player when they went on the road to their games.  Dick also remembers some of the fun times that the team had.  At the end of the season the team made a trip to Denver to watch the University of Wyoming Cowboys play the University of Denver.

Green River’s 1950 regular season of play ended with seven wins and one loss.  The team won the Southwest Wyoming Conference defeating the Superior Dragons 26 to 6 in Superior.  Green River gained 265 yards to only 98 for the Dragons.  The Wolves then defeated Torrington with a score of 33-19 for the Southern Wyoming grid playoffs.  Upon their return home, they were met by more than 100 Green River fans touring the streets of town at 2 A.M. Saturday morning. The Wolves then moved on to play for the Class A Wyoming Championship game played on Thanksgiving day against Powell panthers, defeating them with a score of 19-12.  The Panther’s coach was heard saying that the Wolves were a fine outfit, and he was not ashamed to have his squad lose to them.  He also said that their boys played a good game, but Green River played a heads-up ball game all the way, as the score indicated.

Kenneth Toone talked about football camp.  He said it was held at Fremont Lake just outside of Pinedale for the team.  The team practiced two and three times a day.  When returning home from camp in the old school bus, the team needed something to do so they began singing 99 bottles of beer on the wall.  After they had sung over 300 bottles, Coach Weir had enough and shouted, “Knock it Off!”